Why are Tennis Balls fuzzy? Explore the science

Even the non-tennis players know the standard fuzzy texture of a tennis ball. It seems quite a plane surface from afar. But in reality, the ball has a woven felt appearance that people might take for granted.
But best tennis balls are given such a texture intentionally, and there is a reasonable cause behind it. As almost all the tennis balls are fuzzy and yellow, so it is an obvious to arise the question- Why are tennis balls fuzzy? Is it necessary?

Why are tennis balls fuzzy? Explore the science and Benefit behind fuzzy balls

In one sentence, I would answer fuzziness permits the ball to grip, spin, control the speed & bounce. The fuzzy texture on a tennis ball helps to grip the strings, slow down the speed and expel it with a uniform bounce on the exterior surface. The fuzzy coating on the ball makes it durable.

History of a fuzzy balls: 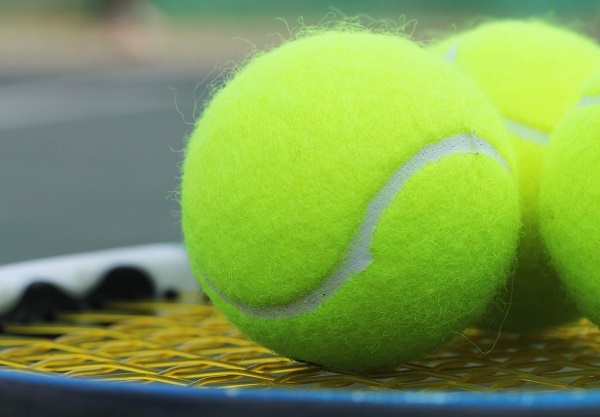 In the past, there was a lack of any uniform ball to play. The shots in history lacked standard texture as well as the materials to form the surface. Ingredients like- sheep stomach, hair of human being, animal fur, and many other similar things were used to give the outer covering of the sports ball. Another turnover in the tennis ball history was the invention of vulcanized rubber by Charles Goodyear. In 1844, he officially personalized it. So, a few decades later, it was common to produce durable as well as a consistent tennis ball. But still, the then balls didn’t have any covering.

Get to the point:

The inner structure of a tennis ball is hollow with a rubber core and filled with pressurized air. Seeing the hardness of a tennis ball, you might think that the ball is full of rubber or any hard substance. You may have an inside look by cutting the ball into two-part. You will find an empty core. The woven wool feeling is meant to slow down flow separation and extra protection. Are you familiar with the word “aerodynamic drag”? It is directly related to the fuzziness of a ball. The word means the travel of the ball as the player’s expectation and the bounces. The texture and the fuzziness determine the motion & speed of the ball. Will you like to deal with a ball that plays tremendously differently every time you hit it? Of course not. Just think how challenging it would be to learn tennis tricks with such a thing. Fresh balls having fuzzy texture will give you the same performance every time you hit them under identical conditions of weather & playing surfaces.

The new balls came up in its’ full standard formation in the 1920s. In 1920 it was possible to seal the cans to preserve the balls with enough pressure. The box was possible of a metal tube and to open it; they used a church-key. The old tennis balls were as same as the current ones in appearance. The noticing difference was the shots weren’t fluorescent yellow till the 1970s. People realized the yellow presence helps to spot the ball in reality as well as in the television. The fluorescent yellow (another name is optic yellow) helps to spot the ball under all weather conditions, and thus a noticeable improvement of the game took place. All the current tennis balls follow the standard rules of the International Tennis Federation. Those rules stated that the diameter needs to be 2.57 to 2.70 inches & the mass has to be somewhere between 1.98 & 2.10 ounces. As for the color, white and yellow are only approvable. But most tennis players would like to use the yellow one. As the game may take place on different sites having the light condition, so, no one would dare to mess with spotting problems of the ball in the middle of any tournament. 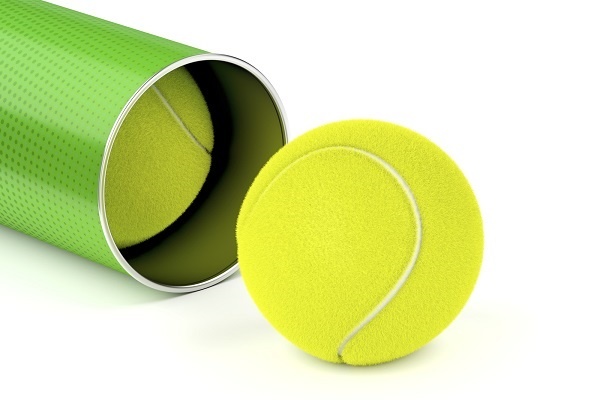 There is a high-quality fuzzy texture or woven felt on all the branded tennis balls. The texture’s ingredient is 2/3 wool & 1/3 nylon. The nylon is for making the ball excellent on overall performance. The felt will have two panels, which are 2 inches wide & 6 inches long. Due to the shape of the felt, it is often called dog bones. Though the fuzziness is soft, tennis balls aren’t that fluffy. Moreover, they are matted to an extreme level which is a bit hard to handle. So, giving the ball a steam atmosphere, it is returned to the normal state from fluffiness. Once, everything is done & the balls have passed every test, it is time to give the balls its’ final print with the brand’s name. After that, a pressurized can of 12 to 13 PSI is used to preserve the ball and sell it to the customers. As for excess fuzziness, the balls are thrown out as they might cause some problems. But in the case of a professional player that is rarely happened as they change the ball frequently.

The difference in fuzziness:

These regular balls are for use in clay courts. As the courts are softer, much amount of fuzz isn’t needed. In the end, a ball used in a clay court is going to be dirty. This regular duty ball handles the surfaces in a better way.

The extra fuzz of these balls handles the hardness of substantial court, i.e., they can take excess abuse on the court. They are pretty likely to struggle the hard-hitting on the court. But it might struggle a bit on the clay.

Since 1970, there isn’t any remarkable change in the ball. But nowadays, people are trying to make them eco-friendly. Wilson’s latest model of the performing ball is called Triniti, which has full sustainable packaging.

Hope you don’t have any doubt about the question why are tennis balls fuzzy? and are well-known to its benefit. For further queries, feel comfortable to contact us.