Stiga Advantage Pro Review | All That You Need To Know

Stiga Advantage can be a perfect choice when you want to optimize your ping pong game. The product has practical features that are appealing to your interests. In this Stiga Advantage Pro review, we will uncover some secrets behind its unique design.

This tennis table paddle offers perfect playability. Not to forget, it provides the ideal surface to make it an outstanding training facility. Also, this indoor table comes with a durable steel frame which makes it last for a long.

Better yet, this product can serve both beginners and experts. With its exclusive features to suit your preferences, you can perfect your skills to allow the champion to emerge out of you. Keep reading our guide to find out more helpful details. 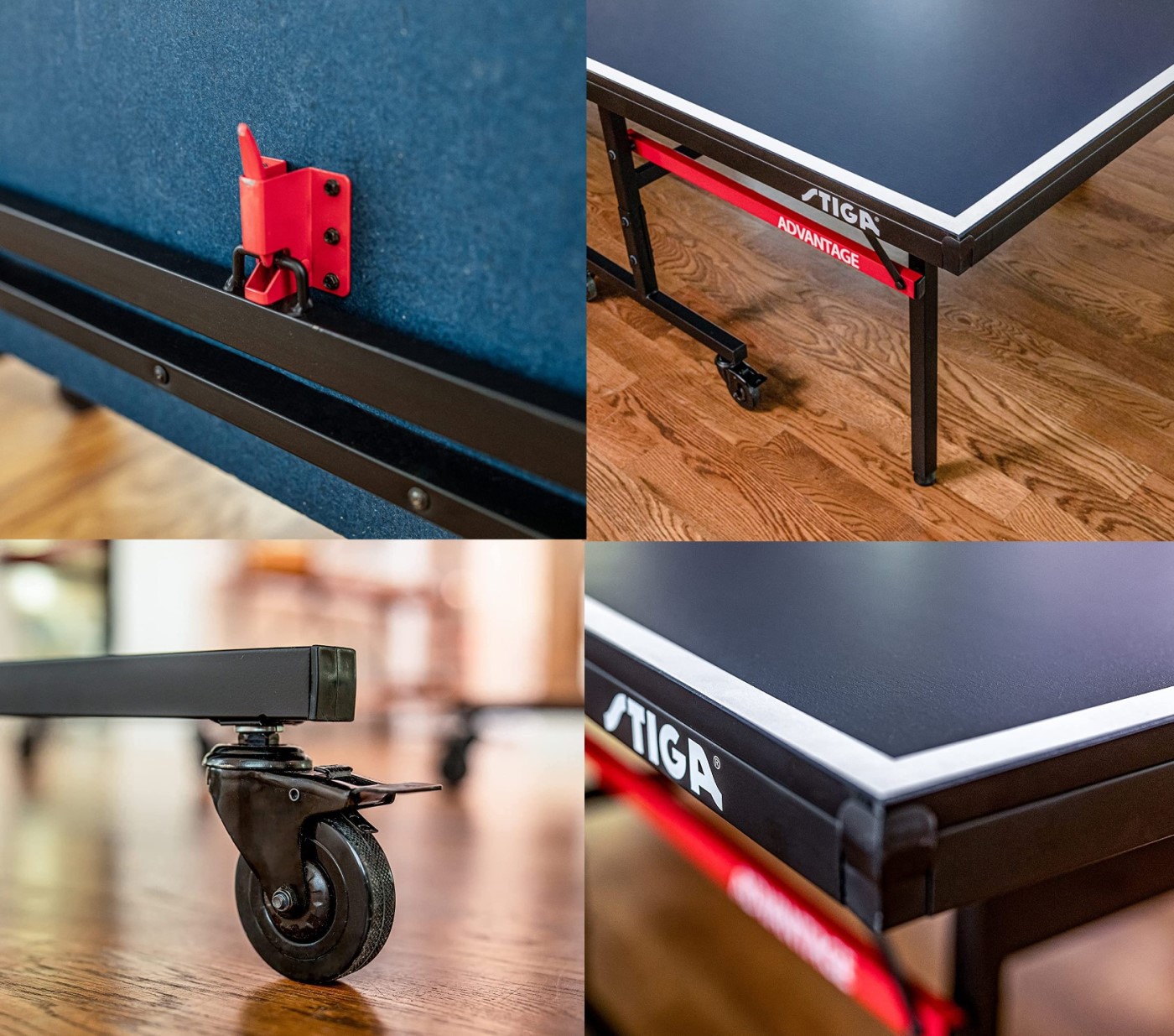 Stiga Advantage indoor table has specific attributes that make it unique. Here is what makes it a perfect match for you.

The product features a quick play system. For that reason, it means the table is nearly a preassemble outfit on arrival. As such, the player will use less than ten minutes to get started.

More importantly, the attached manual is easy to understand and follow. The designer made it easy by using text and graphics.

Precisely, the set procedure would only take three key steps. As you assemble the table, it also has a two-part design that is easily foldable for storage reasons. Just remove the net, lift both sides through the built-in hinges and secure it using the safety clip.

You can restore it to the playing position by placing two halves together. After that, you link using the net clamp. The combination of wheel locks and a net clamp is sufficient to hold the table halves intact.

When you separate the two halves, they create a compact storage by nesting inside one another. Notably, it has rubber levelers on every leg to promote a flat playing surface.

Stiga Advantage has a 16mm (5/8 inches) thickness, making it suitable for beginners and expert players. In general, the beginner or recreational players may require a less than 15mm thickness. Stiga Advantage carries the right thickness that is competition-ready.

Even better, the surface is durable and sustainable. In the same vein, it has an excellent coating to offer a smooth finish. The designer cured the surface against the effects of UV light. This surface provides a consistent bounce necessary for a 16mm table.

Furthermore, this product enjoys high-density MDF materials which are ideal for exceptional playability.

Better yet, this table tennis table features slightly fuller legs. The design is beneficial as it supports additional weight from the thicker surface. It has 38mm legs which contribute to its sturdiness.

Every leg has handy height adjusters to help the user change the level to suit one’s needs. The player can adjust it until it comes flat wholly.

Also, this product comes with 1.2-inch steel tube aprons. Besides, the package includes eight caster wheels that are three feet in length. The cool thing is these caster wheels have a locking feature to promote the stability and safety aspect. 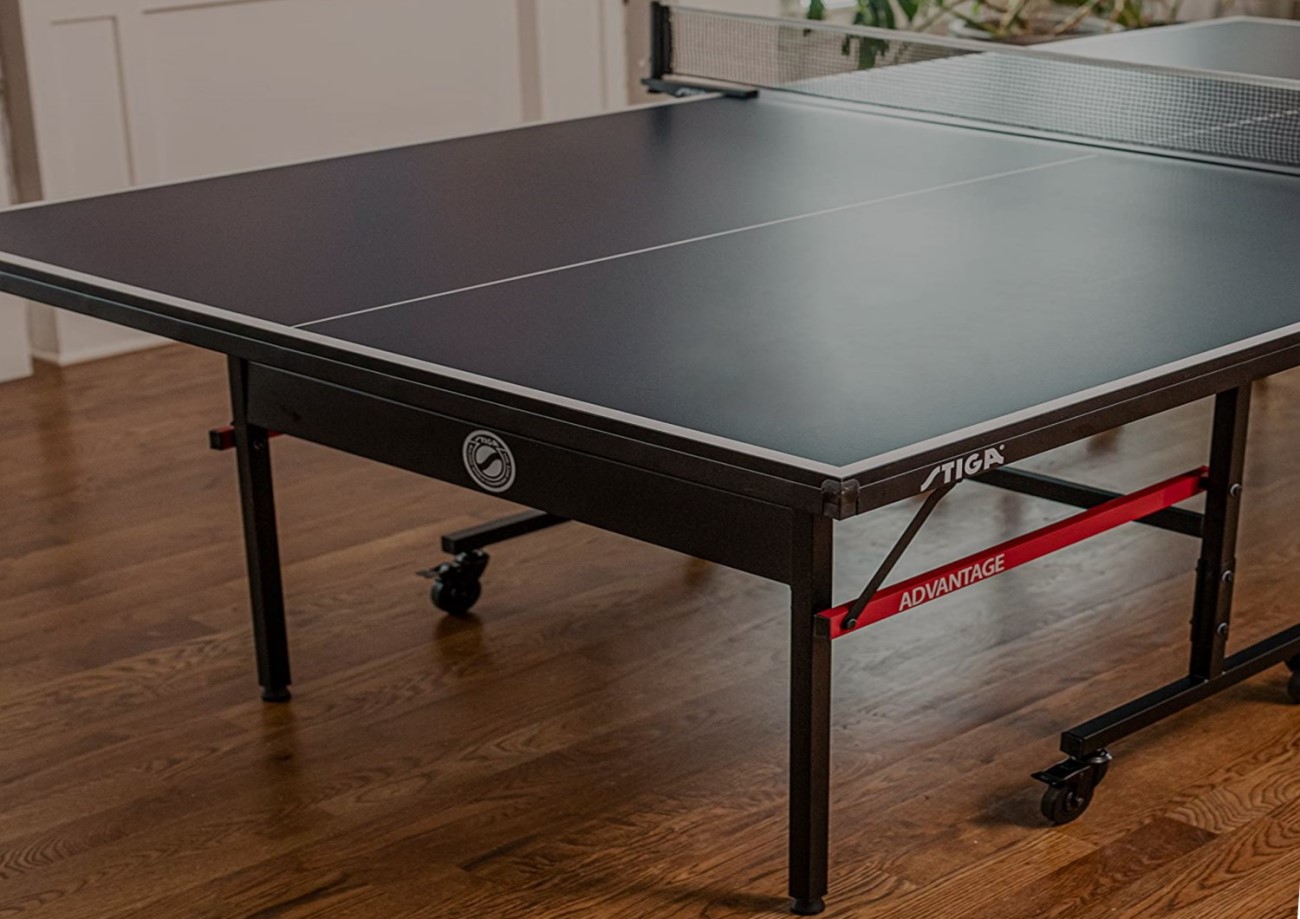 One outstanding feature concerning this product is the portability aspect. When you unfold it from the storage, the legs will deploy automatically. Even so, it can be split into two halves to promote the folding design. Such a feature makes it user-friendly and safe to use.

As you fold it, the two halves make the table very compact. As such, it becomes easy to store. Precisely, the storage dimensions are (60 x 28) inches. The design allows you to roll the table in any direction.

One can attach and remove this tournament-grade net easily. The design allows one to alter the tension and the height. It is a 72-inch clamp-style net with a post set that is simple to put on and off.

One distinguishing feature is you can put it in the playback position. Such is possible since you can split it into two halves. You only have to fold one half up and improvise it as a rebound wall to promote self-practice. 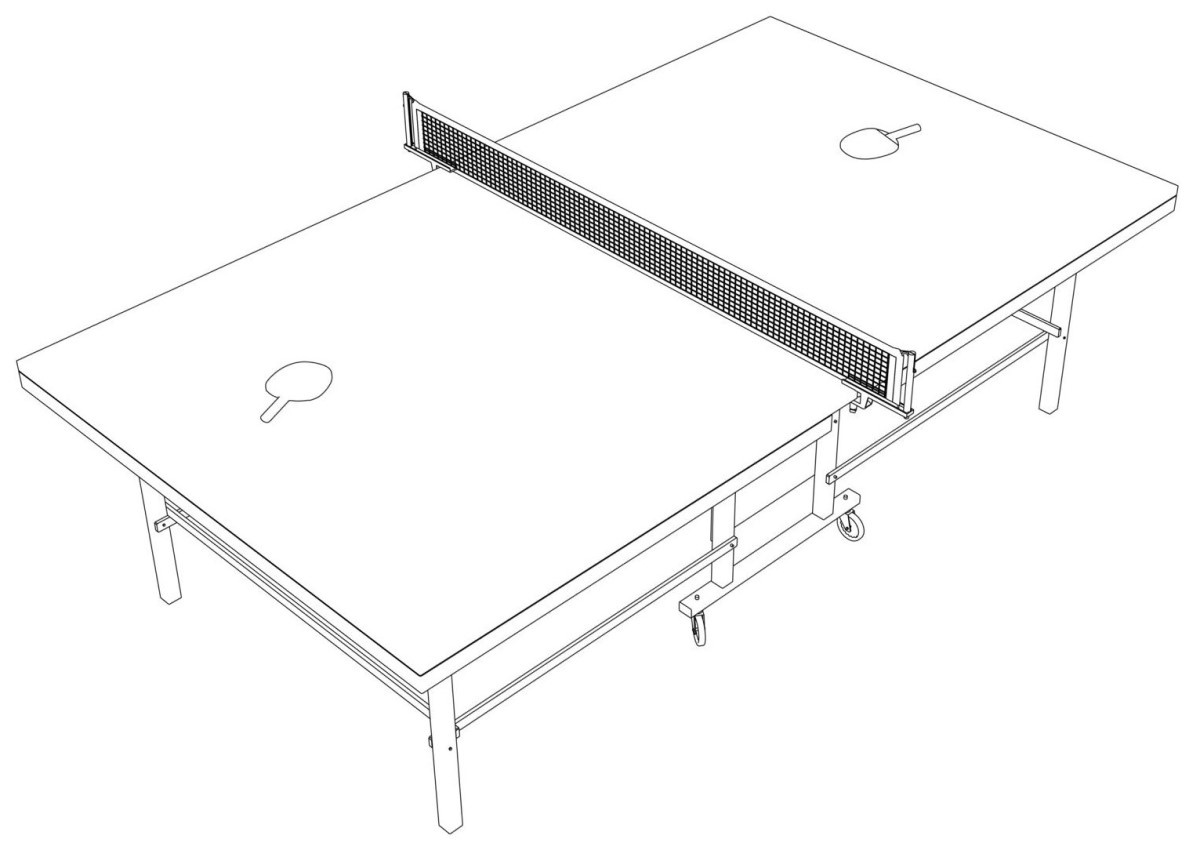 Is Stiga Advantage Worthy it?

Stiga Advantage is a great product to serve your needs. More importantly, it has convenient features to offer outstanding performance. What’s more, the product enjoys excellent ratings among the players.

While using this table tennis table, you will enjoy the ping pong game to the optimum. To crown it all, this product offers a high-quality design to enable you to change your position quickly. Furthermore, you can practice with an opponent or a robot.

This product is portable and easy to assemble, as indicated in this Stiga Advantage pro review. Furthermore, the product has safety features hence you will not encounter unnecessary accidents. The surface has an excellent coating that compliments a smooth finish.

Is Stiga Advantage great for outdoor use?

Stiga Advantage isn’t ideal for outdoor use. The materials used to construct the top are only convenient for indoor use only. Specifically, this MDF material does not tolerate areas where there is high moisture. Also, you should avoid storing this table in a room with high temperatures or high humidity. 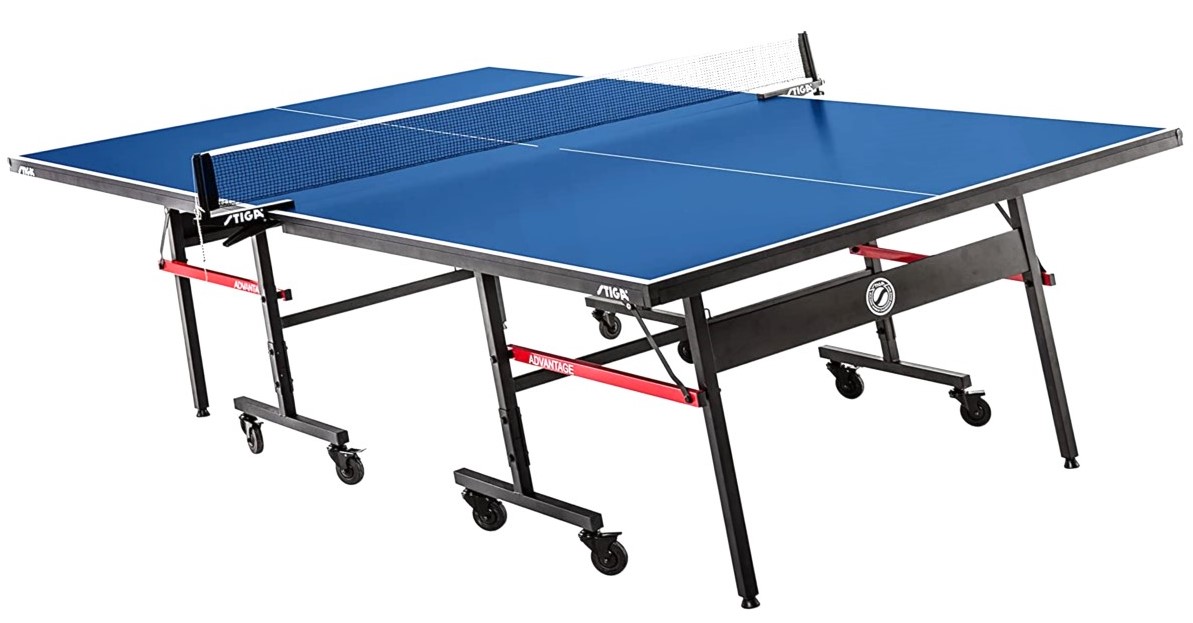 Stiga Advantage could make the right pick for families and any beginner who wants to exploit the game. You can maximize it’s 16mm top to enjoy the consistent bounce that it offers. More so, the two-part design can fold up into a conveniently compact design for easy storage.

Even better, Stiga Advantage comes with a pocket-friendly price tag while offering a fantastic value. Notably, it has built-in safety features that make it great and stable to tolerate intense gameplay.

The catch lies in the easy set-up procedures. The information in this Stiga Advantage pro review is reliable to influence your purchase decision! It is a versatile and functional table tennis table to complement your needs. 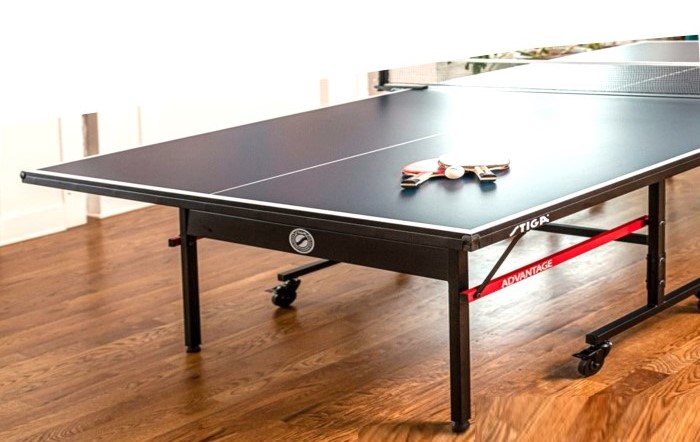